Our digital sub-label; a platform for Sydney-based artists and collaborators affiliated with Splinter. We’ll publish releases regularly, available to download on bandcamp. 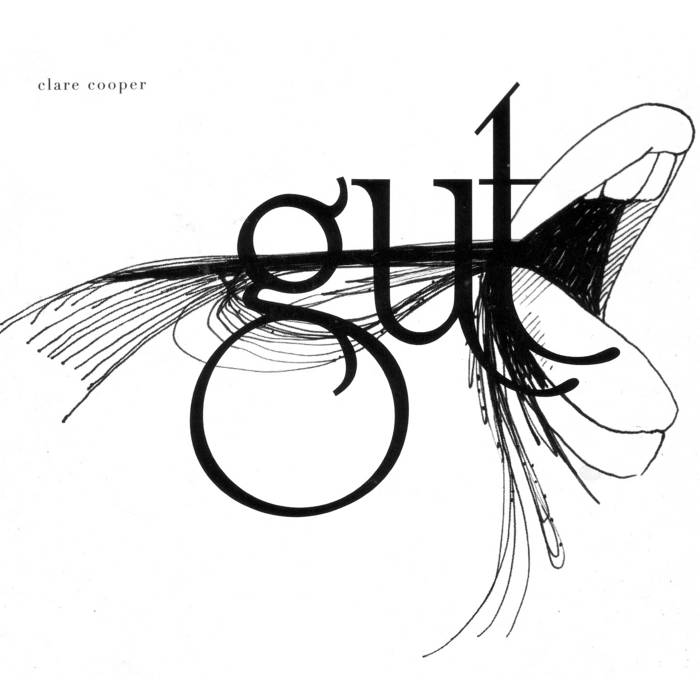 Originally released in 2003 on the NOW now label, Caterpillar are proud to re-release this seminal recording from one of the founders of the NOW now and the Splinter Orchestra.

for emma,
whose harp has changed my life

Beautifully recorded by Chris Abrahams, we hear the clarity and positivity of Clare’s playing of the time. Clare emerges with birdcalls, gently bowing strings on her harp. We hear the gritty grain, the overtone-rich noise of the bow hair and string rubbing, and we are introduced to Clare’s powerful attention and focus. We are touched by her patient listening, where nothing is assumed — she is listening to the actual spreading of her vibrational energy into the world. We have the sense that the harp’s wood merges into the floorboards, into the ceiling — the music isn’t just about her mind/body and the harp, it involves the entire place.

Derek Bailey, after a flirtation with ‘a-tonal’, eventually called his non-idiomatic musicking ‘non-tonal,’ which is a weird assessment considering the amount of tones he generated. In Between Back and Foreground we don’t shy away from something you can only describe as ‘harmonic’ despite the fact that it is made up of un-systemised, unmeasured tones/noises. All this ‘non’, ‘a’ and ‘un’ tends to sound a tad negative, is there a positive way of describing this music?

Listening to all the tones and noises that invade the porous shelter that is Tempe Jets, the abandoned sports club next to Sydney’s airport where this was recorded; the motorbikes, planes, birds, the weather — our trio’s bowings, expirations and inspirations emerge with all the sonic energies of the world in a complex and ambiguous placing. Every sound sits on a cusp of definition between back and foreground, between environmental and musical. Can we call this a ‘tuning-in-to-the-world’? Or can we say all the actors — the musicians, the traffic, the wind, other people and animals — wittingly or not — all co-created, dilating and diffracting sound into a precipitation that hangs in the air, a sonic fog that becomes a harmonic atmosphere, a music. A music defined not by its ‘non’ or ‘un’ relatedness to other anthropocentric stabilities, (music systems), but rather by its braiding with a specific time/space. All the energies — the weather, the city’s transport systems, the critters, an Indonesian speaker in the kitchen, the musicking — create this harmony and this placing together. Can we then say the music is eco-tonal?

In a sense, we musicians got lucky — the combination of energies all melded serendipitously to create this audio document. But for the poetry of coexistence to flow, the mics have to be placed well, and the musicians need the right degree of eco-tonal sensitivity for the work to feel like an authentic worlding — eco-logical. I believe this recording positively does that.

Recorded by Nick at Tempe Jets, 26th November 2020. Mixed and mastered by Jim at Kaloola. Image by Jim from Tempe Jets of Romy’s home made synth.

Drum Kit, Percussion, Suspended Drums, Polystyrene, Objects, Preparations.
In this improvised solo recording, Michael accompanies himself on the drum kit with three suspended and prepared drum sculptures, producing uncontrollable micro-rhythms within a more-or-less controllable gestural framework. Weighty metal preparations on the drum kit produce gong-like tones, while rubber mallets are used to create a growling friction, both on the drum kit and on some taut rubber bands around a polystyrene box. The box also has a contact microphone and two aluminium triangles (a hand-made gift from kinetic sound sculptor Ernie Althoff) attached, adding a delicate metallic texture. Other objects include some large marbles in a cotton bag, and a plastic hi-vis traffic flag, used at the end of the piece to make some subtle fabric sounds.Released October 2, 2020Recorded by Michael McNab in Naarm/Melbourne, June 2020. Mixed and Mastered by Jim Denley. Cover art by Michael McNab.
Thanks to Ren Walters, Clinton Green, Jim Denley, Dale Gorfinkel, Ernie Althoff, Peter Farrar, Laura Altman & Nick Ashwood. Michael says: I’d like to acknowledge the true custodians of the land on which I live, work and play – the Wurundjeri People of the Kulin Nation. I extend my respects to their Elders, past, present and emerging.

Peter Farrar is perhaps best known as a saxophonist, having released his acclaimed solo sax record “Avocado” on Splitrec in 2016. While “Guitar Album” shares little sonically with “Avocado”, the music maintains a continued exploration into tunings, resonances and general distorted acoustic buzziness – this time using a guitar or two. There is a kind of fractured cyclicity to the music here which, combined with metallic chime-like resonances, can create a somewhat meditative listening experience. A saxophone is at times played as well.
The following description of Farrar’s previous work still seems relevant to this current release: “Always there is a rigorous focus on the materiality of the sonic phenomena he is releasing.” – (Splitrec)

Recorded 10/06/19, and mixed by the artist at Tempe Jets
Cover artwork by Adam Gottlieb www.adam-gottlieb.com

In September 2017 The Splinter Orchestra was invited to be a part of the Bundanon Trust Siteworks Residency, situated on Wodi Wodi land. 22 Splinters spent a week living, cooking, and playing music together in the bush. Nearing the end of the week Nick, Dale and Alex wandered down the hill, towards the creek. It was a hot and dry afternoon, and the conversation was sparse. Nick, travelling from Tasmania, had just met Alex and Dale for the first time, and Alex, recently returned from Canada, had not seen Dale in a long time as he was now Melbourne-based.

The trail to the creek wound through dense gum trees, tumbled logs, and small green ferns. It was cool, green lit. Veering off path, balancing on wobbly rocks and logs, the three crossed over to a small clearing on the right side of the creek. Forming a small circle on the soft, cool earth, Nick performed prepared guitar, Dale with an assemblage of deconstructed vibraphone bars and resonators, continuous bow mechanisms (cds on dc motors) and mallets, and Alex with clarinet, tape loops, contact microphone and a small transducer speaker attached to a tin lid.

It was the first time that Nick, Alex and Dale had played together as a trio. Improvised amongst the birds, the bugs, the trees, the logs, the lichen and the creek.

Noel (NZ) and Jim (Aus) have been meeting across the ditch for over a decade. Their swimming together in the turbulent waters of the Tasman, Te Tai-o-Rehua, has produced these two offerings.

Both players are trained in specific music genres and are, at the same time and to varying degrees, Art Brut practitioners. Here they’ve plunged into the seething frequency sea without lifejackets. Any imposition of one swimming style would be inherently anti-ethical, as trained sub-selves swim while others flounder and sink without ‘the knowledge’ — splintering psyches and ultimately drowning.

So they ‘tread-water’ and ‘go with the flow’.

The structure and distribution of the turbulence, which constitutes a sort-of content of the description of their sounds, is not separate from the formative activity of the currents, which create, maintain and ultimately could dissolve the totality of their musical vortices. The danger might be that static, they drift towards well-tempered orthodoxy — get caught in rips of normality, but in reality, there’s too much noise in the weather.

In October 2018 Splinter travelled to The Pilliga, Gamilaraay country, to explore, listen, learn and record, in a period of intense drought. We were stunned by its rich avian sonoverse and troubled by the proximity of the proposed Narrabri Gas Project, which could see up to 850 coal seam gas wells drilled into this ancient landscape.

“The listener becomes drawn into, becomes a part of this environmental world. The harshest sound, punctuating this nurturing environment is a bird’s squawk. This is offset by the beauty of a currawong call. The prominence of individual instruments, from voice, to flute, clarinet and trumpet for example, are used to highlight those sounds that would naturally stand out in the landscape. Percussive sounds often keep company with the ever-present wind through trees, and perhaps flowing water from Dandry Creek, the drumming with a similarly soothing impact. The way in which sounds are panned, distanced and foregrounded through the placement of players and subsequent recording and editing process, creates a soundscape that is beautifully balanced, whilst facilitating highlighted instruments at considered junctures. The ‘soundprint’ is initially small, and though it builds, one is hardly aware of it until it fades again, the soothing movement of the trees, a distant bird and subtle percussive sound, which are amplified from a natural source, the movement and interaction of trees perhaps. It conjures auditory images of a boat nudging a pier as it docks. This sound has the final say.” Mandy Stefanakis in Loudmouth.

Dandry Flow. On a windy day, Splinter flowed from east to west — right to left in the stereo spectrum — down the dry bed. Two trees rubbed against each other and we used contact mics to capture their voicings. A few of us hid several other recording devices over a large area of the gorge. This recording is a stereo mix of ten separate tracks.

There’s a bonus track if you purchase: Two Trees is what happened once we’d moved down the river, distant enough not to be heard. Just at the end, as we return to switch off recording devices, you hear our human presence.

Thanks to Nature Strip for generous funding to make this recording possible. Thanks also to Amy Putt and Jeremy Hegge.

Nick and Laura first met in 2017 and have been playing together both as a duo and in Splinter Orchestra since.

In March 2019 Laura travelled to nipaluna/Hobart, where Nick was living, to spend time playing, recording and hanging out — one afternoon was spent in a studio and two days in locations in and around the city. One of these places was Alexandra Battery in lower Sandy Bay — one of Nick’s favourite spots to play. They lugged their gear up a large grassy hill and then descended into the dark, reverberant concrete bunker where they played for an hour or so. The three pieces on this album are from this session.

The artists feature on other Splitrec discs. Laura is a third of the trio Great Waitress, which released Lucid (Splitrec 22), and performed with Splinter Orchestra in their 3X CD release Mungo (Splitrec 27), while Nick’s guitar features in Submental by the trio 180º (Splitrec 29).